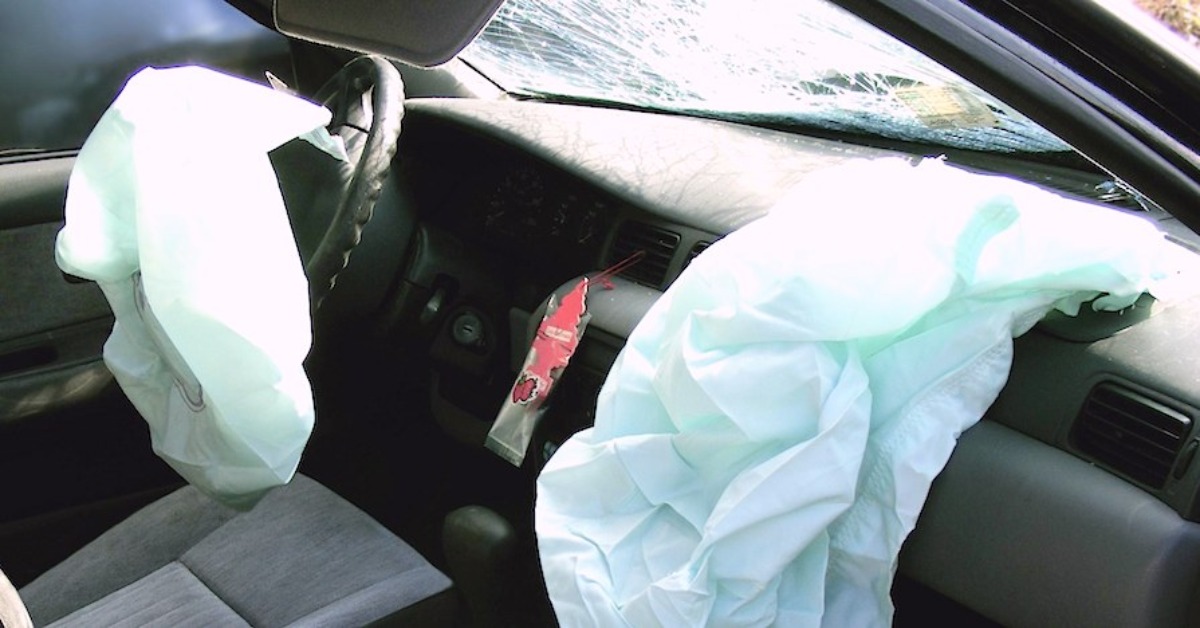 Airbags sometimes seem to be fickle aspects of a vehicle that have a mind of its own. They also have an association of being soft and fluffy in their un-deployed state. When released, however, it is a whole different story. Their explosion is engineered to be fast and efficient at stopping the moving force of your body from exiting the vehicle upon impact.

Ever been in a minor fender bender and wondered, “Why didn’t my airbag work?” Well, movies and television have led us to think that airbags go off with the slightest bump – but that’s simply not the case.

Furthermore, your airbag isn’t broken because it didn’t go off in that particular instance. It is only deployed under very specific and monitored conditions that are designed with your safety in mind.

The typical 2.5 –cubic foot airbag deployment speed is around 200 miles per hour and inflates in as little as 20 to 30 milliseconds. At 30 miles per hour, an unbelted driver moves through the space between their chest and the wheel in approximately 23 or so milliseconds. Due to his space between the passenger and the dashboard – that airbag has a larger volume and takes more time to fill – hence the need for speed. [Source: http://www.caranddriver.com/features/the-physics-of-airbags-feature]

You can imagine that the force of the expanding airbag would be quite strong and therefore not immediately activated for any minor accident, due to causing more damage to you than if it didn’t deploy.

Additionally, your vehicle “knows” when the time is right because it is equipped with the Supplemental Restraint System (SRS). This complex device collects vehicle speed and collision information (based on the area of impact), into the computer which then decides which airbag is deployed and whether it needs to be activated. The sensors also can gauge whether someone is sitting in a specific seat as well as how much that person weighs.

Airbags are best used in conjunction with your seatbelt because the harness itself absorbs most of the impact force from your moving body and prevents it from fully colliding with the airbag in a front-end or side-impact collision.

There are some things to keep in mind if your airbag does go off and things you should know about necessary repairs to the SRS system.

First, the deployed airbag should be replaced. Experts recommend that only a factory-certified replacement airbag be used.

Second, when the driver-side airbag in the steering wheel deploys, the steering wheel clock spring is usually damaged and should be replaced. Also, an “airbag worthy” event pre-triggers all of the sensors we’ve been talking about. In this pre-triggered state, something as slight as hitting a pothole could cause airbags to deploy. So after an airbag has been deployed, all of the SRS sensors throughout the vehicle should be replaced. Airbag work should only be undertaken by qualified service technicians.

Last but not least – when you start your engine, you will briefly see the SRS dash light come on and then turn off. This is a system self-test. If the SRS light remains illuminated, that means the system has detected a problem that could affect the proper deployment of your airbags. If that happens, get into your service facility as soon as you can to have the fault diagnosed.